Raise your hand if you are a little annoyed by the back to school stuff that has been in the stores since June! (Me! Me! Me!) I feel like I get robbed of my summer a little bit more every year, and I don’t even have kids in school yet. It’s too easy to continually say ‘Maybe NEXT weekend we can ____’. I’ve been trying NOT to do that so much lately, especially since I think it does R some good to get out of the house (and let’s be honest, I need it too). We are definitely in the toddler phase of “I have no idea what to do with you, why you are throwing a tantrum, and neither of us know what you want”. Trying to find out if he needs more structure, less structure, more out of the house time or less, more individual time, or more chances for independence is a full time job, and I’m beginning to think it’s none of the above. I’ve decided that we are where we are – we have a two year old who is every bit of a two year old, so this is what we have been up to lately to try to have fun this summer:

The Lafayette Police Department did a really cool Safety Day for kids where they had their emergency vehicles to look at and climb in as well as vendors and free food. I didn’t go last year, and I honestly thought we would just go and look at the fire truck and be done, but it was actually a huge deal. R would have been completely satisfied after climbing into the fire truck with the firefighter and getting a plastic fireman’s hat, but we explored a little more, and he ended up getting a free bike helmet out of it (thanks Boulder Community Health!). Had I had another set of hands we would’ve taken advantage of the free ice cream, hot dogs, and popsicles, but I wasn’t brave enough to tackle a messy toddler while carrying a sleeping baby – maybe next year. 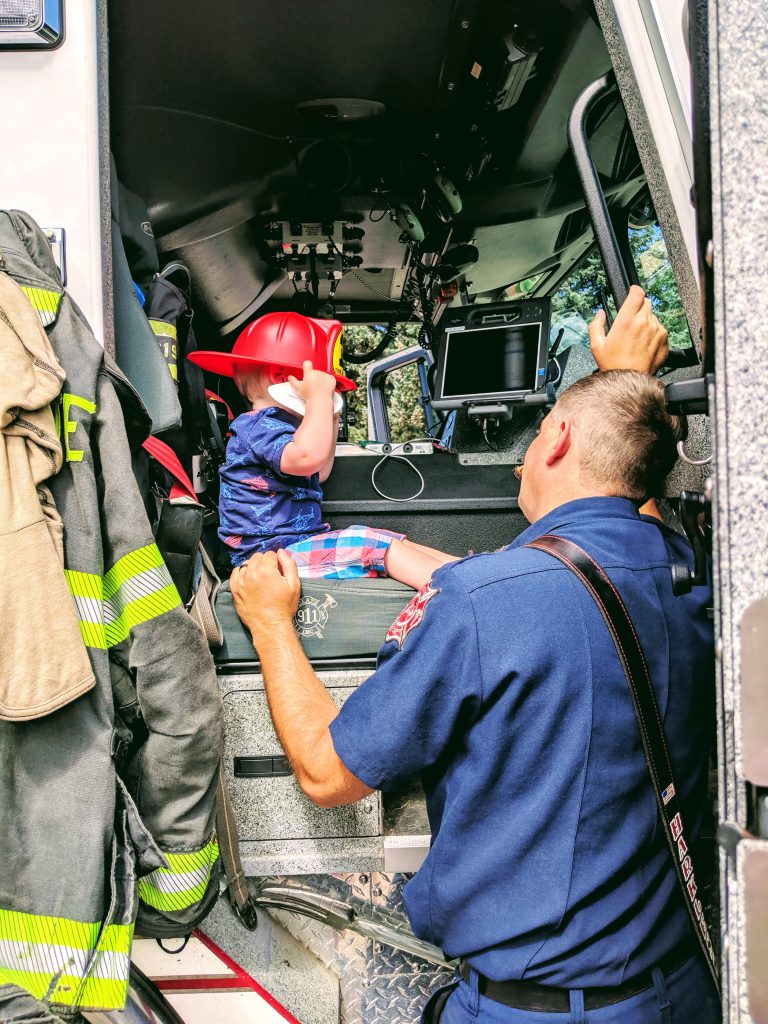 We have begun the season of activities in our house, which is 100% my fault, but I felt like R needed an activity that was just his that he could do with one of us, so I signed him up for swimming lessons. We really don’t go swimming very often so it took him a while to catch on but he likes it. I don’t think we have the next Michael Phelps on our hands, but we’re hoping to master the back float by August.

Is your little one obsessed with anything lately? We are in a constant rotation of trains, trucks, and dinosaurs with the occasional focus on animals. We took R to what is now possibly his favorite place on Earth – the Colorado Railroad Museum. He started doing his happy dance as soon as he saw the “Choo-choo’s”, and he was in five kinds of heaven when we actually got to ride on one. Needless to say, we will be returning. 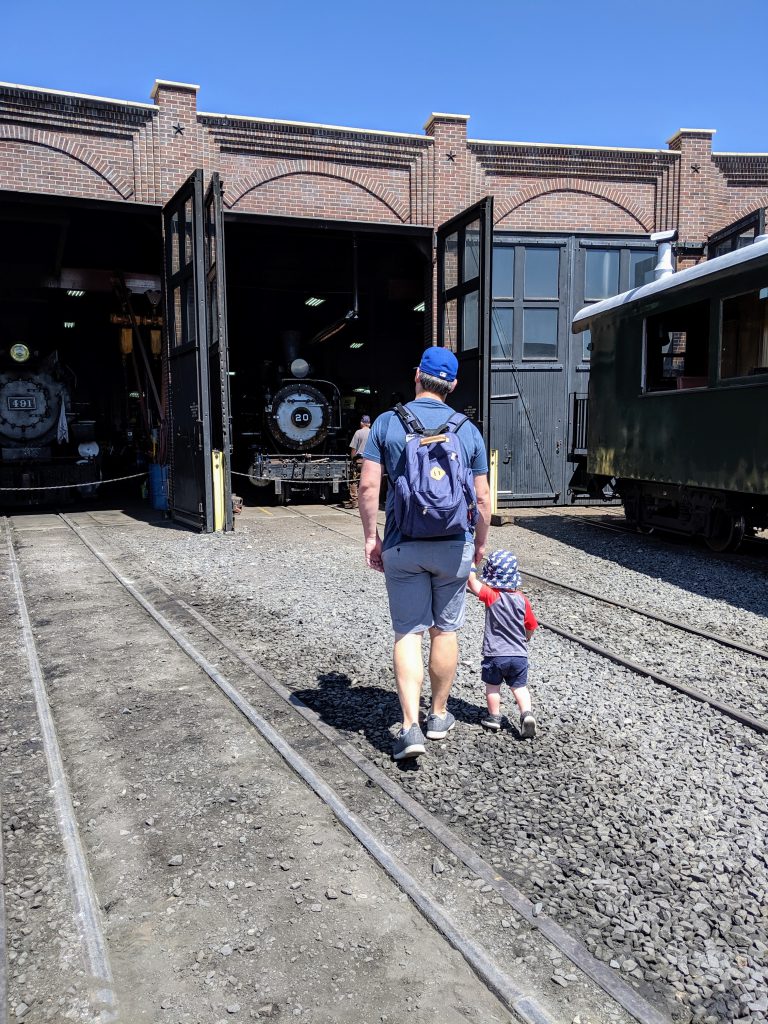 On another note, G started on solids this month which completely blows my mind that he is old enough to do this. I know that every kid develops differently and learns at a different rate, but I do think G is catching on to how to eat solids a lot quicker than R did. I’m convinced it’s because he sits at the table with us every meal and watches us eat, whereas when R was little, Nick and I very rarely ate dinner until after he went to bed. Kids, man, they are observant and you can tell!

We’re trying to plan some local outings over the next couple of weeks because G h-a-t-e-s the car seat. Ugh. That’s okay though. Thankfully we live in Colorado, and there are a lot of cool things within an hour.

I hope you all are having a fun filled, stress free summer! ♥